Representation And Its Double 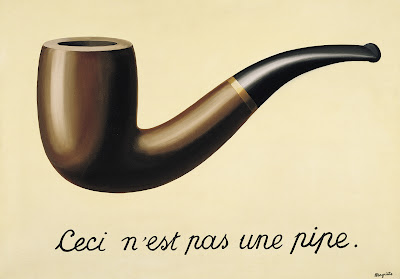 We abstract the world in order to know it better. Perhaps this sounds counterintuitive, but to understand something one needs to separate oneself from it. The distance we create from the world when we abstract it-when we codify it and model it and formalize it into ideas and notions-gives us the space and time and means to contemplate it. Turning away from the world allows us to understand the world more fully. And certainly, photography is a tool that helps us to do just that. Written and spoken languages are means of conveying abstracted notions as well. All are tools of abstraction and can be possible vectors for meaning. They separate, abstract and emphasize significance, allowing insight into the subject of their attention. But meaning and significance are never static qualities or quantities as they rely on interpretation. Interpretation, however, is fungible, slippery and subjective-for meanings may, at times, be self-evident, but at other times meanings can become evasive and evanescent.

This is not a pipe: on the Treachery of Images

Years ago my wife would joke with me saying that I was a pervert. And she was right. What I do, as an image-maker, is to pervert reality. This I would never deny: my images decontextualize reality; they pervert it, abstract it. I present my modified decontextualized "realities" as best I can. Interpretation and depth of meaning aside, my "best" will forever be something other than reality. When we abstract we make a pointed reduction of something. It is an attempt to project meaning through representation. But meaning created and conveyed through representation is never an ensured quantity. Interpretation ensures just that. Plus, there is a certain level of "noise" at any of the three junctures of synthesis, transformation and conveyance of ideas: the three places where interpretation holds sway. Meanings also tend to be "sticky." They adhere correctly or incorrectly to the object of their description. Many times (but not always) an image will supplant an observable reality and leave in its place an empty visage where a once observable and meaningful past existed. Baudrillard talks about this extensively in his Orders of Simulacra.

I started thinking directly about these ideas again six weeks ago, when I attended the Bursa Photo Festival in Bursa, Turkey. One of the themes of the festival was education. There were many vibrant talks and seminars on the work on display and about photographic practice and education. It was pointed out to me, although I have to admit it hadn't gone unnoticed, that the work of August Sander was evoked often as a touchstone for a variety of ideas in several of the talks. I found it wonderful and remarkable that his work should have significance to so many people in so many ways across such a stretch of time. And I wondered about how the work had become so much more significant as time moved forward: significance the work only (perhaps) hinted at to a small number of people during August Sander's lifetime. I wondered what the work of August Sander meant to these new initiates to the world of images, since many in the audience were likely seeing and hearing about Sanders work for the first time. I wondered what his work represented to them. I wondered what exactly was being communicated. I wondered how that meaning was being metabolized, not only across cultural barriers three times removed, but also across shifts in time and space. I worried: had the meaning of Sander's work became a kind of shorthand for something else, something other than itself?
We live in a forest of signs, in a sea of signifiers. Postmodernists seem to think this is a new phenomenon.  But the world has always held multiple and layered meanings for us. Certain work attains iconic status. Sometimes references become worn and cliché as meaning is emptied. The meanings associated with objects and representations change, multiply, evolve and decay.
Meaning can be lost and meaning can be gained or meaning can be replaced with a sign, an abstraction that, at some point, will lose its semblance of meaning or resemblance to what it once referred to. We struggle with the beast of meaning so that we can understand the possibilities that exist in the world. We express our understanding via languages that speak us as much as we speak them-sometimes to the point that we simply can't know who is really talking, who is mimicking, who is projecting and what exactly it is that is being said.

They say the work of an artist goes beyond what an artist can explicate or even ever know. Some of us have a pretty good idea of what we are doing. But what we won't ever fully know is the emotional weight our work has on others or where that work will lead others intellectually, now or in the future. As creators, we exist, not in some exalted state of infinite objectivity, but wallow blind in subjective and relative myopia, mitigated only through the abstractions of culture and language and the efforts that we make to draw meaning from our unique perspective in time and space. We can draw meaning if we give ourselves enough distance-the distance that only time, space and reflection can provide.

On another note, I want to mention this item again. There is a free eBook study of my long out of print analog book, Invisible City. Previously available only on iPads through iTunes, the eBook is now available as an enhanced pdf, compatible with other eBook readers and all PCs. Invisible City has proven itself to be of perennial interest and an analog reprint is planned with Steidl.